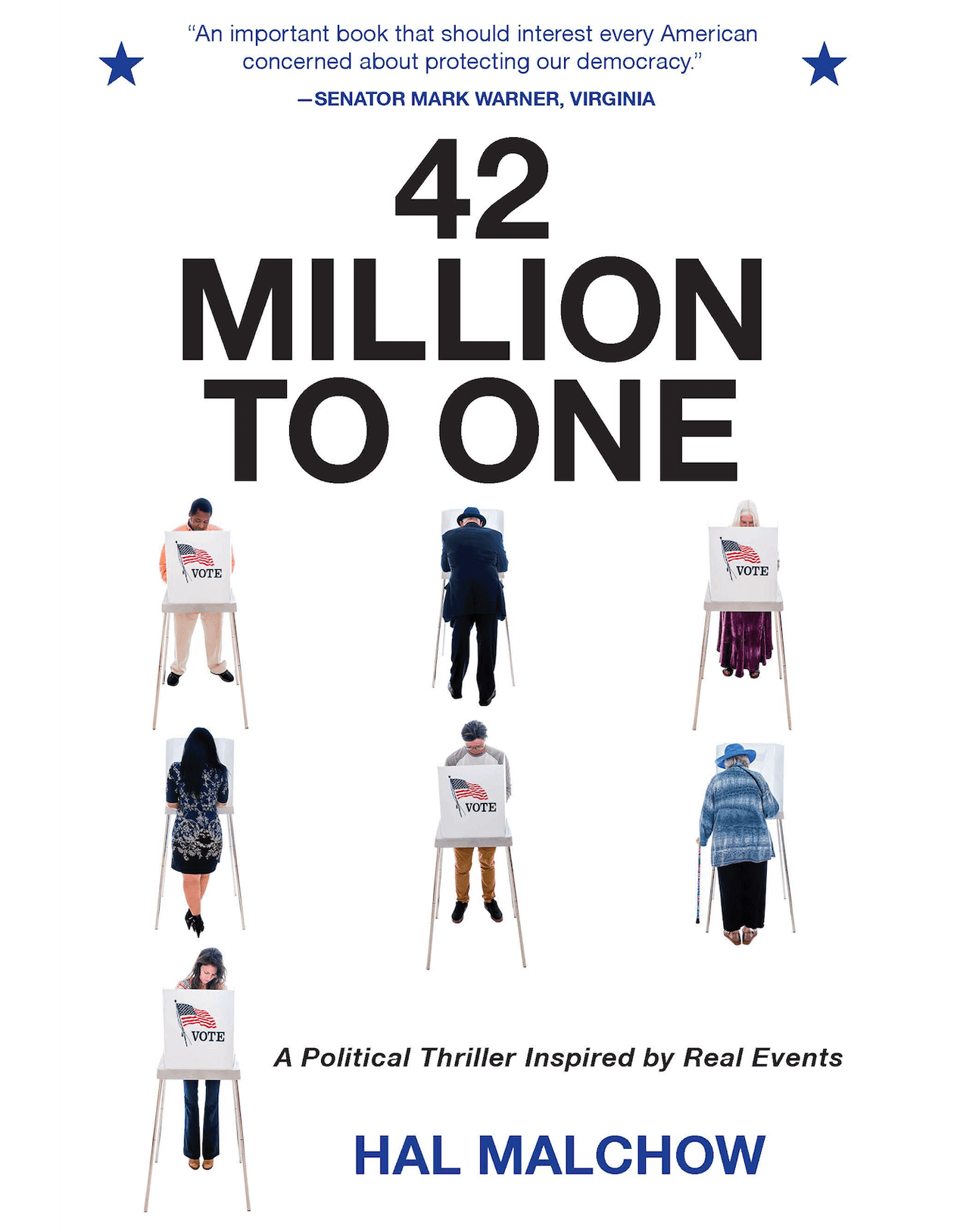 "Hal Malchow, a leading national political consultant, has written a book that explains how easy it is to manipulate our election results and shares new evidence that tampering may have actually happened. Forty-Two Million to One is an important book that should interest every American concerned about protecting our democracy."

"They say truth is stranger than fiction. But when fiction is this true, it's the best of both worlds. Having written a book on the truth of election manipulation in America, I congratulate Hal Malchow for a novel that is just as true and a lot more fun. Forty-Two Million to One is really gripping, really important (especially now), and really good."

Forty-Two Million to One is a political thriller about voting machine manipulation. In this thought-provoking book, Lucy Gilmore, a young reporter, begins a journey to uncover proof that voting machines have been hacked and that the outcomes of elections have been altered. Along the way, she discovers the real events that demonstrate just how vulnerable our democracy has become. Forty-Two Million to One speaks not just to voting machine corruption but the state of our democracy and why our struggle to govern effectively becomes more difficult every year.

This book contains a number of probability calculations, p-values, that state the likelihood that differences between exit poll predictions and actual election outcome could be due to random chance.

This data does not include all state-wide elections held between 2004 and 2016. In some elections, no exit polls were conducted. In other elections, we were not able to acquire the early exit poll reports. It does include all elections where that data could be found.